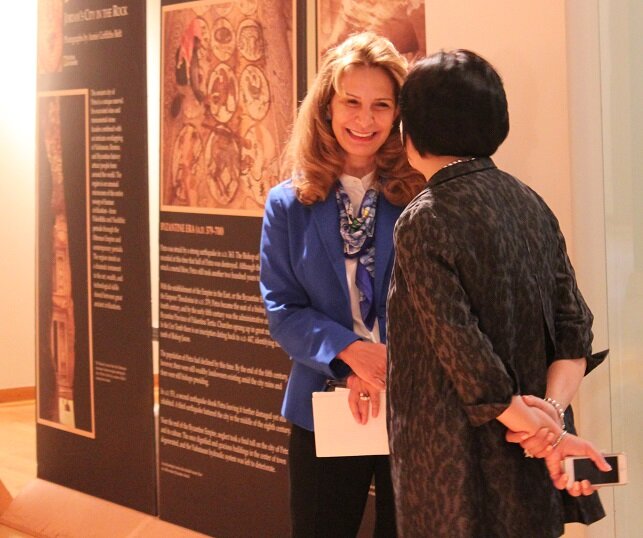 Guests heard opening remarks from MWA President Sultana Hakimi and were treated to an informational video about the cultural and geological diversity of Jordan as well as it’s many historical treasures. Ambassador Bouran then spoke on the importance of religious diversity in her country and around the world before discussing how education is key to female empowerment.

In addition to the important remarks, guests enjoyed a variety of Mediterranean cuisine and participated in the MWA’s annual membership renewal drive.