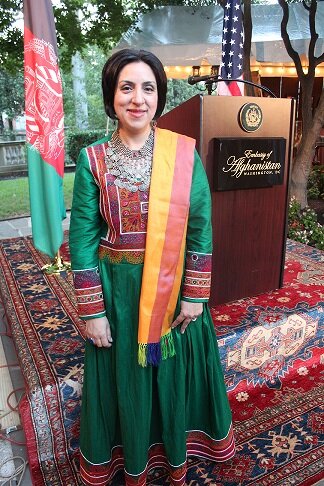 Dear Board of Directors, Members, and Sponsors,

I am honored to accept the position of President of the Muslim Women’s Association of Washington, DC. As President, I aspire to bring the Muslim community together with enthusiastic supporters from different religious and ethnic backgrounds in order to promote female empowerment.

I have long been an activist for female empowerment through education and economic equality. Afghanistan has had significant gains in women’s rights in the last decade, and I am delighted at the opportunity to exercise my activism – with the help and support of our MWA members and donors – in order to build on these accomplishments moving forward.

I have a number of goals that I wish to achieve during my tenure as President of the Muslim Women’s Association of Washington DC.  First and perhaps foremost, I want to increase the understanding between the American public and the world of Islam.  I want to show the real face of Islam, the one of caring, compassion, and the doing of good works.

One of the important aspects of the Muslim Women’s Association for many years has been the awarding of scholarships to help support the education of young Muslim women.  We wish to continue to raise money for this scholarship support and, if possible, to increase it so that even more young women can benefit.

I would also like to oversee the creation of a high level Advisory Board for the Muslim Women’s Association.  Such a Board could provide insight and guidance for the organization.

Finally, I hope to increase awareness of the Muslim Women’s Association and the good work it performs.  I hope to strengthen the group as well as increase its influence in both the Muslim and the American communities in order to build bridges between these communities.  This year will mark a new path for the MWA as it continues to serve Muslim women in DC and around the world.