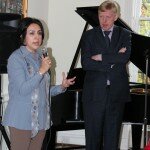 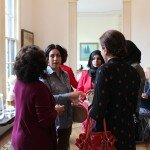 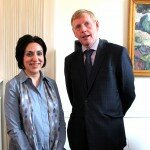 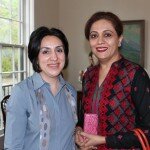 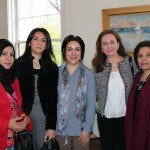 After MWA President Mrs. Sultana Hakim welcomed everyone with her opening remarks, Ambassador Aas spoke about the role of women in Norwegian society. “The single most important factor to Norway’s success is not our oil, but the great participation of women in our workforce,” said Ambassador Aas. Norway has implemented many policies to support equality between men and women which in return has increased the women’s productivity and participation in workforce.  The equalities include but not limited to, a year of paid maternity leave, 12 weeks of paid paternity leave and primary childcare.  However, Ambassador Aas added that while we need women’s participation to succeed as a nation, the support of men is equally important and necessary for any nation to make real progress.
In addition to Ambassador Aas’s remarks the MWA members and guest enjoyed delicious Norwegian food.
By MWAadmin | May 8, 2014 | Uncategorized |